In Need of a Proactive Peace Movement 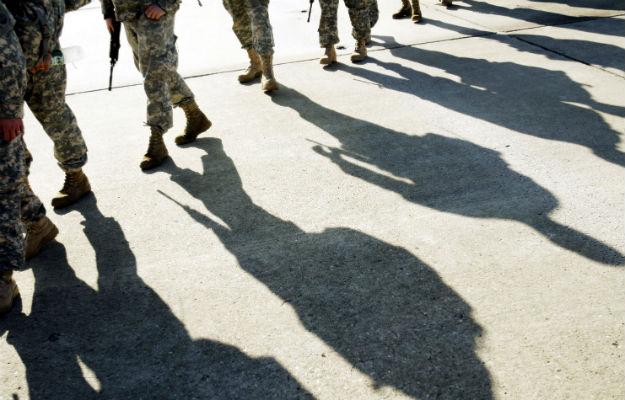 (January 2006) Some important stories have appeared recently about disagreements between military commanders and the Bush administration over whether to begin a significant withdrawal of U.S. forces from Iraq in 2006. A related development is the recent call for an immediate withdrawal by Rep. John Murtha (D-PA). Murtha is a decorated combat veteran who is also considered a military hawk and one of the closest congressional allies of the high-level officer corps.

Peace organizations have been quick to add Murtha’s name to the growing list of those calling for an end to the U.S. occupation of Iraq, but they’ve given scant attention to the true significance of his voice and the very potent implications of stories about military commanders’ dissatisfaction with their mission.

A more in-depth analysis of these developments and related issues can offer some important lessons on how the peace movement can hasten the end of the occupation and move proactively beyond the limited goal of ending one war.

Military Generals and the Peace Movement

For a couple of years now, some of us have been arguing that the turning point for the peace movement will come when it recognizes that counter-recruitment organizing is the most practical way to tangibly affect current U.S. foreign policy.

The argument is based on simple but compelling logic: The Bush administration and conservative-dominated Congress can continue to ignore anti-war demonstrations and other symbolic forms of protest, but they cannot ignore the fact that without enough soldiers, it is impossible to sustain a large, long-term occupation in a country like Iraq.

An additional assumption is that if the recruitment climate becomes sufficiently hostile, the military leadership will foresee serious, long-term damage to both the functionality and influence of their institution and will act to protect its interests. The combined criticism of military leaders and their allies in Congress could then produce a crisis that would force an accelerated withdrawal from Iraq and also diminish the likelihood of other U.S. invasions in the region. In essence, an “Iraq syndrome” would replace the deceased “Vietnam syndrome.”

In recent months, some elements of this equation have begun to come together. After an ominous shortfall in first-time enlistments last fiscal year, re-enlistment rates are now falling below quota, and some parts of the armed forces, especially the Army, continue to fall behind in overall recruiting. The prospects for turning this trend around look extremely poor for 2006, and according to reported comments by military insiders, the Pentagon is beginning to panic. This is apparently forcing the Bush administration to budge on its “stay the course” approach and begin talking about troop reductions in the near future.

Some analysts believe the potential long-term damage to the armed forces, not political pressure, could be the decisive factor for Bush and his advisors.

Andrew Krepinevich, a former Pentagon official who heads the Center for Strategic and Budgetary Assessments, an independent defense research group in Washington, argues that these strains have become a key factor informing administration thinking.

Unlike the Vietnam era, when the military had a nearly endless supply of draftees, the Iraq experience has sharply reduced the flow of recruits into the volunteer armed forces and attrition rates are alarmingly high, Krepinevich noted.

Other factors, such as federal restrictions on the frequency of National Guard deployments, also limit available personnel.

This summer, differences between the White House and some military commanders over troop reductions were the result of these problems, analysts believe. Although divisions remain within the administration, there are increasing signs that Bush may be calculating that a faster drawdown carries fewer long-term risks.

“I think the administration will yield to the reality of an Army that is apparently beginning to buckle under the strain of these long-term deployments,” Krepinevich said.

The problem for military leaders wishing to express themselves publicly about this issue is that as long as they are still commissioned officers, they are discouraged by military convention and law from doing anything that could be seen as undermining the authority of their commander-in-chief, George W. Bush. If they wish to avoid legal and professional risks for speaking out, they have to find indirect ways to communicate their criticisms. This, in fact, is what some Pentagon insiders say was being done through Rep. Murtha. As noted by Alexander Cockburn in a piece posted at CounterPunch.org, “The immense significance of Rep. John Murtha's November 17 speech calling for immediate withdrawal from Iraq is that it signals mutiny in the U.S. senior officer corps.” (See “The Revolt of the Generals,” Counter Punch, Dec. 3, 2005.)

Included in Murtha’s speech was the following statement, undoubtedly based on briefings he received from his Pentagon confidants:

The future of our military is at risk. Our military and our families are stretched thin. Many say the Army is broken. Some of our troops are on a third deployment. Recruitment is down even as the military has lowered its standards. They expect to take 20 percent category 4, which is the lowest [intelligence] category, which they said they'd never take. They have been forced to do that to try to meet a reduced quota.

One thing the Army has done to temporarily try to keep the recruiting crisis from snowballing is lower its recruiting quotas for the early part of fiscal year 2006 (33% less than the same period in 2005). This and the acceptance of larger numbers of less qualified recruits have allowed it, so far, to claim success in meeting its quotas; but it is really only a temporary public relations move, since the reduced numbers will have to be made up later in the year. One can only assume that the Army is hoping that the recruiting climate will change by then, and more young people will be willing to enlist. But short of another major attack on U.S. soil, the only thing that is likely to bring such a change is a significant withdrawal of troops from the war zone.

The Peace Movement’s Perceptions of the Issue

All of this is important for the peace movement to understand because it corrects the simplistic assumption often made on the Left that Bush, Cheney and the neocons are totally in control and will have their way. As this view holds, the occupation of Iraq will last at least a decade, Iran and Syria will be attacked, we'll probably have a draft, and, on the extreme side, some even say fascism will be the inevitable result. However, the reality illustrated by the differences between the generals and politicians is that the U.S. government is not as monolithic as many people think, and the power structure has factions that are often seriously at odds with each other.

As we are seeing right now, there are limits to how far Bush and the neocons can go with their plan for global hegemony when the resources for it are running low. Fortunately, we are in a position to help diminish those resources more IF we apply our own efforts with a sharper focus and stronger commitment to countering military recruiting. It would further limit the government’s capacity to wage other aggressive wars and, at the same time, give the generals more motivation to become, essentially, our short-term allies.

A hopeful sign is that college and community peace activists have been giving military recruiting more attention lately. Over the last two years, for example, membership in a key discussion list for counter-recruitment organizing (http://groups.yahoo.com/group/counter-recruitment) has approximately doubled to 573, and the list's message traffic has tripled to 334 postings per month. All across the country, small grassroots efforts are springing up – sometimes attached to existing anti-war organizations, sometimes independent of any other local group. Their effectiveness can be seen in accounts of schools that have tightened up recruiter access and opened their doors to counter-recruiters, and in reports of more frequent protests at recruiting stations and during recruiter visits to colleges.

Nevertheless, there are two weaknesses in what has developed so far. One is that the peace movement in general, including its financial support base, is still focusing primarily on vigils, rallies and other symbolic forms of protest that are not directly related to military recruiting and are having no material effect. And second, among those who are turning their attention to recruiting, many activists see it only as a tactic for opposing the occupation of Iraq, and they would cease their counter-recruitment work as soon as the troops came home.

It is imperative that this issue be given a higher priority and be seen as strategic rather than tactical. The larger context that surrounds it goes well beyond Iraq and relates to, among other things, economic class, race, ethnicity, immigration status and other socio-economic factors that help determine who winds up being sacrificed in our country’s wars. Responding to this aspect of the problem necessitates, for example, compiling information at the grassroots level on employment and educational alternatives that can lessen the pressure on non-affluent youths to join the military. Taking that step, as some of the more thoughtful counter-recruitment groups have done, is an important way to forge links with communities that have traditionally not been reached effectively by the peace movement.

Another important aspect of the problem that needs to be understood and addressed by the peace movement is the ongoing militarization of the educational system that is being driven by the military’s push to recruit. The ideal of democratic, civilian control is literally under assault as our schools are increasingly invaded by programs that teach military values, instead of critical thinking, to future generations of voters and government leaders. Programs like Jr. ROTC have taken over entire high schools in some cities and now have 500,000 students enrolled as “cadets” nationwide. Units of the Young Marines have spread into hundreds of middle schools, and there is a growing network of other military/school partnerships that propagandize students throughout the K-12 system.

Teaching military values in civilian schools is not just grooming a few children to become future soldiers. It is already affecting the general public’s increased acceptance of war as a valid response to the perception of attack. It is numbing the minds of civilians so that they do not ask even the most obvious questions when the government says we must invade another country. It is turning the country further to the right and making it difficult for people to see the direct link between such choices and the lack of healthcare, safe housing, rewarding jobs, and good educations for everyone here at home.

The challenge for the peace movement, then, is to recognize the critical nature of counter-recruitment and the position of strength it offers us if we devote more attention and resources to it. Furthermore, counter-recruitment should be embraced as an important opportunity for addressing the disproportionate impact of war on those who are politically and economically less privileged than the traditional membership of the peace movement. And finally, the full scope of the problem – including the general militarization of schools and youth culture – should be taken up for the long term, not just until the present military crisis subsides. By working as long as it takes to reverse militarization at this level, we can become a proactive peace movement that is capable of preventing war instead of only reacting when it becomes inevitable.

This article is from Draft NOtices, the newsletter of the Committee Opposed to Militarism and the Draft ( http://www.comdsd.org)

© 2020 Project on Youth and Non-military Opportunities (YANO). All rights reserved | With support from the Left Tilt Fund | Site Support from NNOMY.org